A searching light traveling sideways from left to right is soon answered by the shimmering of another light moving in an upward trajectory. Little by little, almost as in some ceremony, more lights flicker into being only to fade away after a short while. Yet, it is not candlelight or any fire that provides the illumination. The light comes from the phosphorescent gleam of fifty-one scanners hung on the wall forming an expansive rectangular composition that protrudes relief-like into the room. Each scanner has been stripped of its protective lid, leaving the electronic innards in plain view. Together with a meandering network of cables that connect them, it is this disfigured state of each individual scanner that enables their collective functioning as a light machine. But to what end? The human mind is disposed to look for order and purpose, but the ever changing constellation of Schmidt and Bauer’s Lichtmaschine continually thwarts this instinct. Since each device operates at its own speed, no two runs of the machine will be exactly alike. At one point, a scanner appears to move of its own accord. A moment later, it appears to act in unison with another scanner, forming a pair of fluorescent arms that either approach one another in a phosphoric embrace, or move apart as if to withdraw some imaginary curtain. As ever more scanners stir in and out of chord, the attending sounds slowly coalesce into an atonal symphony of old office tools plodding away in their own worn out way. It is not until one notices the amphibious nature of the work that the beginnings of an answer suggest themselves. Like some creature using photophores to navigate the deep sea, the light machine puts on a lit vigil at the same time as it peers back, quietly storing whatever information that passes through its receptors. Lichtmaschine is therefore not just a abstract composition. It is in some sense also an image that generates yet more images. After a few days, the scans that it has stored will number in the hundreds of thousands. Most will be blurry impressions of empty space, but some may contain traces of curious visitors lured in by the display. Some might even reveal the faces of witting collaborators who have used the machine to capture their own portrait. Sifting through the hoard of data would take months, but perhaps the question is not so much about the exact images that the machine commits to its memory. Perhaps the real issue concerns the interface that the machine sets up between the seeming predicability of technology and the vicissitude of human behaviour. As such, Lichtmaschine serves as a bridge between the mechanical and the human at the same time as it reflects their difference. 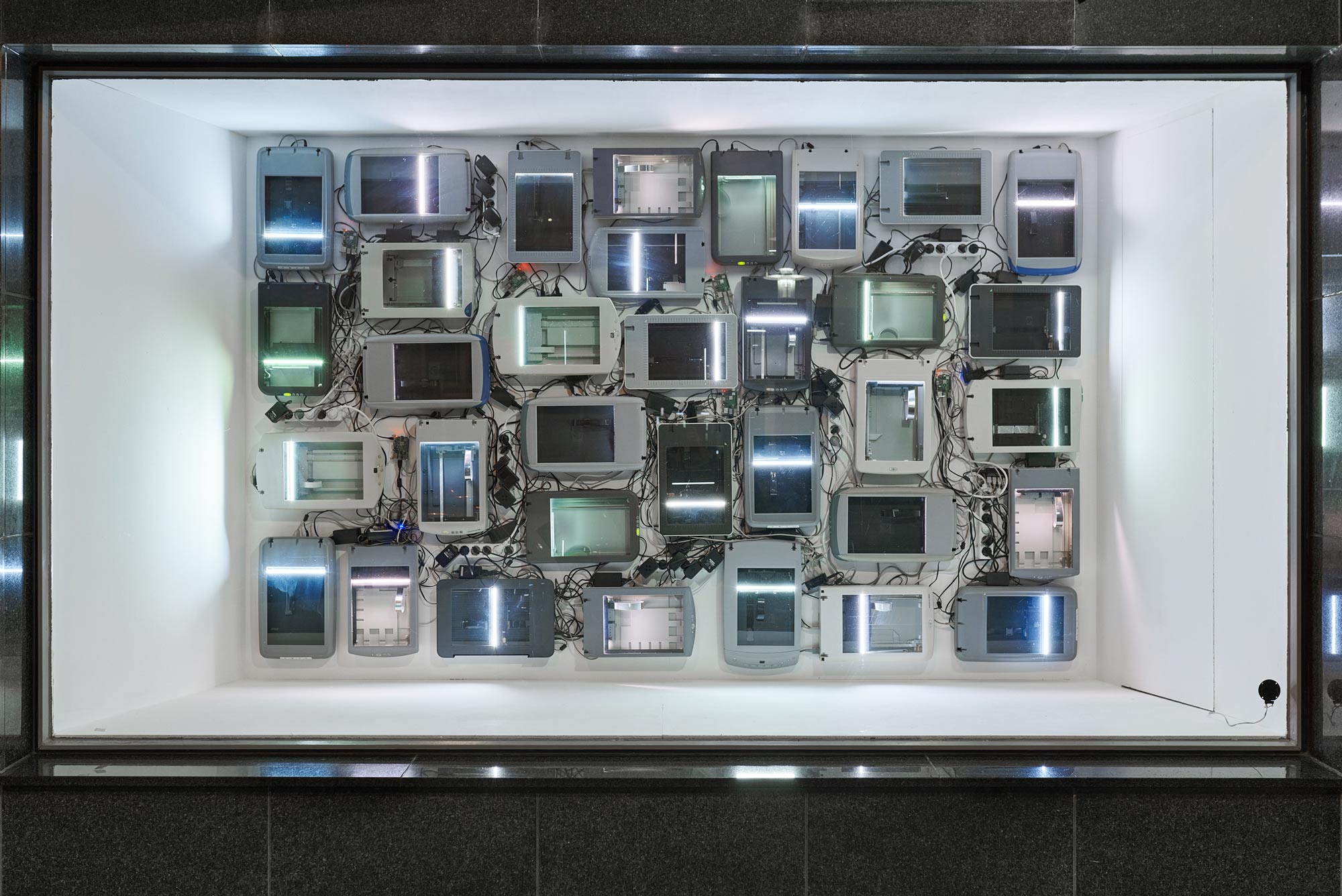 A deep understanding of focus and silence is visible in the work of the photographer Kai Werner Schmidt. His images captivate a strong sense for precision that derives from his clear and unobtrusive nature.

The passion to bring the world into a pictorial order is a key to his visual language. Kai consciously works with the diversity of contemporary photographic methods. Architectural photography and the documentation of artistic works, especially in the context of exhibitions, are the fields he specializes in.

The ability to translate an objective or a motivation into a photograph was nurtured during his studies with sculptors and painters at the Kunstakademie Düsseldorf.

In 2018 he was awarded an Excellence Master Diploma of Art.